The myth of the killer app 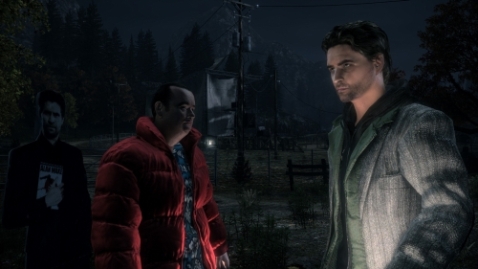 I’m pretty sure this was meant to be a killer app at some point and I’m absolutely certain it didn’t kill much of anything.

Some terminology for the uninitiated – a “killer app” is a game for a specific platform that’s so good, you just have to have it.  It’s one of the big things that console exclusives are made of, games that are really awesome but just can’t be bought unless you’re willing to shell out for a Wii or a PS4 or a Macintosh or whatever.  And you’ve probably heard of several; games like Super Mario Bros. and Sonic the Hedgehog often get brought up as examples of the first killer apps.

Only they don’t actually exist.  The concept and terminology has been around for a long time, usually in concert with gaming platforms, and they just don’t exist in the way that writers and even companies want to pretend they do.  Absolutely no one is going to buy a $300 piece of hardware for a game.  Ever.  It doesn’t exist and we have to stop pretending it does.

But here, you don’t have to depend on me for a blanket assertion; you can depend on me to provide several examples.  Like my 3DS, which you could say I ostensibly bought because of Fire Emblem: Awakening.  Or my GameCube, which was supposedly tied to Metroid Prime.  Hell, you could argue that my reason for buying a Playstation was Final Fantasy VII.  So who’s the liar now?

Well… not me.  Because I didn’t buy any of those consoles for those games.  Those games were just the tipping points.

In theory, a killer app is something that sells the hardware by itself.  You hear about this new game and it’s so great that you have to get the hardware to run it.  This is where platform exclusivity is built, really.  The idea is that you love, say, Tomb Raider, to the point where buying an Xbox One is a natural fit for how much you love the game and how much you want to play it.  The problem is that there is no game in the history of game development, including Star Citizen, that is going to justify $360 or more as a sticker price.

I remember when this was a platform exclusive, and it succeeded in selling me on a long wait to buy it until it was not.

This isn’t possible.  Not that it’s difficult, not that the game has to clear a high bar, but that it simply is not possible.  The current big-budget environment is already an issue for game development – games cost more and more, and it’s a rare game that’s worth a $60 purchase when you could buy six other titles for $10 each and get the same net entertainment – but when you’re talking the price of hardware coupled with one game, you’ve neatly shuffled off of any realistic reference point.  No game is worth that amount of money, no matter how good it may be.

No, what we think of as “killer apps” aren’t what sells these consoles.  They’re what makes for a tipping point.

Sure, when I bought my 3DS I was thinking of Awakening.  But I was also thinking of Theatrhythm and New Super Mario Bros. and a bunch of other titles that I had wanted but couldn’t justify a $200 purchase.  If you buy one game, that one game costs $240; if you buy seven, each game cost about $70, and you also have the console’s built-in functionality.  These games combine and ultimately make it worthwhile.

Sure, I wanted Final Fantasy VII, but I also wanted Castlevania: Symphony of the Night and Suikoden and Tekken.  The last two didn’t really work out for me, no, but along the way I discovered Metal Gear Solid and Xenogears and Spyro the Dragon, and suddenly I had more than enough great stuff to keep playing for a long while.  Final Fantasy VII meant that I had a game I really wanted and a bunch of other games that I wanted which were also playable if I made the purchase.  It was a critical mass of games I want to play.

It’s time to accept that your new thing is just a new thing, not some magical force of nature.

This is what’s really hurt the Wii U, despite the fact that by any metric you care to name the console has had several killer apps.  Mario Kart 8 is a great game, and I’d buy it in a second for another console.  But I’m not buying the console just for that, and – more importantly – there aren’t enough other games out on the console or planned for the future that make me feel like I’d be buying it for anything more than that one title.  It can’t justify the purchase.

Super Mario Bros. didn’t sell the NES.  The fact that the NES could show graphics more advanced than yellow dots sold the NES, and Super Mario Bros. was the type specimen.  And its sales picked up over time as companies put out more and more games for the platform, thus proving that it had legs and you weren’t buying it just for one game that looked really good at the counter.  We think of these games as killer apps because they fit in the narrative we’ve established fr the consoles, the ideas that we have about what things must have been like back in the day.

Am I saying that good games don’t matter?  I’m saying the exact opposite.  I’m saying that good games matter immensely, so much so that basing your strategy around a good game is a terrible idea.  The search for the individual killer app leads to throwing a huge amount of energy behind individual titles, rather than looking at and treating the software library of a given console as an organic entity, as a number of titles in the same environment.

So no, I’m not going to buy a console just based on your one killer game, no matter how killer it may be.  And most of the people who are on the fence – which, if they’re sensible, is everyone looking to buy a new console – are going to wait to see what the environment looks like a year out.  We need to get rid of the idea that one game, any game, will sell a console by its lonesome; at best, it can provide a stronger argument.

Or we could just do everything on the PC, but that sounds close to the idiotic PC master race nonsense, which is a whole different problem.