Why no one’s funding it 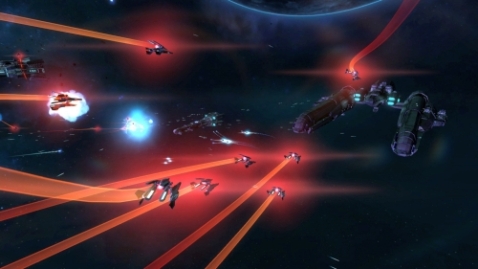 I asked why no one would invest money on this idea, then I played it and my question was answered in short order.

Looking through Kickstarter, I see a refrain come around over and over, that it’s due to simple publisher/venture capitalist stupidity that a given project isn’t already being made.  That every single project on there is an obvious moneymaker, especially the successful projects, and that there’s no possible reason other than sheer dogged stupidity that money isn’t being sunk into it.

That seems pretty immediately wrong, though, just on the face of it.  I’m not going to say that rich people are smart by definition – I’ve met some staggeringly dumb people with tons of money, for example – but I will say that most successful venture capitalists and publishers don’t stay that way because they’re not good at picking what they fund.  If they’re leaving money on the table, there has to be a reason for it.

Fortunately, several of these reasons are pretty obvious to me just at a glance, and I’m not even an investor.  So why is it that no one is funding a given game outside of Kickstarter?

The development is going to take too long

Here’s the big thing that we, as gamers, tend to overlook either willfully or accidentally – game development is not a straight path.  You don’t go from concept to demo to game.  You go from concept to test build to reworking the test build to another test build to scrapping everything and starting back from the concept stage, often more than once.  It’s a slow and not terribly reliable process, and publishers are accustomed to taking a glance at the schedule and asking when this game is likely to see completion.

Plenty of titles can fall prey to the simple reality that development is going to take too long to be worthwhile from a business standpoint.  It’s not that the title is necessarily going to be bad, just that for the amount of time that it’s going to eat up in resources, it doesn’t look like it’s going to justify itself.  If you have a team working on Project A, they can’t be working on B, C, or D – and it may very well be that C is more time-sensitive and seems like a better use of resources when you’re allocating them.

I love this as I love few things, but I am not asking questions about why it wasn’t snapped up promptly by investors.

The development plan is unrealistic

This is something that far too many Kickstarters seem to fall into.  It hit the whole Yogventures thing pretty hard.  The problem there was that the people behind the project had a massively unrealistic development plan, one that industry professionals looked at and immediately said was not going to work even a little bit.

Regardless of your feelings about the final product, it’s indisputable that Broken Age had a development plan put together by numerous industry veterans who were still entirely unable to accurately plan out what they needed for what they planned to do.  Grodus suffered from the same problem.  If you assume that these projects were put together by well-meaning creative people who wanted to make games – and you have no reason to assume otherwise, nor do I – they serve as a pretty clear lesson in how easy it is to have a good idea and experienced people working on the game while at the same time being unable to put something out in a timely fashion.

A publisher’s job is to be there to rein in the creative impulses that would otherwise lead to every project taking forever to finish.  Sometimes the reason that no one has funded a project on the professional level is that the development plan is, in fact, wildly unrealistic and reliant on things going far smoother than they’re likely to go.

It’s not that we can’t have an HD remake of this, it’s that on one responsible for the game thinks it’s worth the effort.

The return isn’t worth it

This is where people start getting really tetchy about the nature of reality.  “So not everything is an enormous blockbuster!  If this game could be developed for that much money, had a studio sunk that amount in, they’d also be able to make a small profit!”

Leaving aside the question of whether or not the game can actually be developed for the amount of money asked by a Kickstarter – and I’ll note here that almost every Kickstarted game has sought additional revenue after the fact – this is also neglecting that most Kickstarters involve the team not making a hell of a lot of money.  From a studio perspective, if you factor in marketing, production costs, salaries, and so forth, it’s really easy to look at these games and declare that the company just lost money.

Or – as depressing as it is to consider – the company made money, but not nearly as much money as it would have made if it had just gone with another project.

Some titles are always or almost always going to outsell others.  That’s the nature of the beast.  I might not like it in many cases, but being realistic about the sales potential of another Gradius game vs. another Call of Duty is what allows me to think about these things in the abstract.  Even if the heart of the idea is solid, some things just aren’t going to justify the money that they take to be made worthwhile.

Maybe none of the above is the issue.  Maybe your game has a perfect development plan and all of that.  But you’re still brought low by something even more trivial – the publisher in question has been having a bad quarter, and they’re not in the mood to do something risky.  Even if it’s a small risk, even if you’d argue it’s barely a risk, no matter what, the publisher might just not want to go for anything that smells remotely risky right now.

Obviously, that sucks.  But investors are human like anyone else, and sometimes they get jumpy or leery.  My point here is not that they’re full of all the right thoughts; it’s just that asking “why isn’t this getting made” usually has a complex answer that doesn’t just boil down to stupidity.  Being risk-averse might not always be ideal, but it beats being so hot to trot on risks that you aren’t paying attention.

Of course, sometimes that means missing your chance at a big boost… but, hey.  No one ever said investors are right all of the time.  They’re just probably not dumb.