If there has been only one theme to the many things that I have written about roleplaying over the years – and there have, in fact, been many themes – I would hope that one of the ones that gets hit on the regular is the idea that no one should make you feel pressured to continue a scene when you aren’t having fun.  You should always have the freedom to say that you need to stop and take a break, or that a scene is making you uncomfortable, or the like.

You should also have the freedom to say that you need to take a nap or go have dinner with your family or just that if you stay at the computer any longer you’re going to develop some kind of infection.

Roleplaying is like any other activity insofar as it’s not fun when it becomes a slog.  A lot of people prefer to have roleplaying as an open-ended thing, an act I wholeheartedly endorse and agree with.  But it’s important despite that to have stopping points and give players the freedom to step away, and knowing that there are hard stopping points can ultimately make for better roleplaying.

END_OF_DOCUMENT_TOKEN_TO_BE_REPLACED 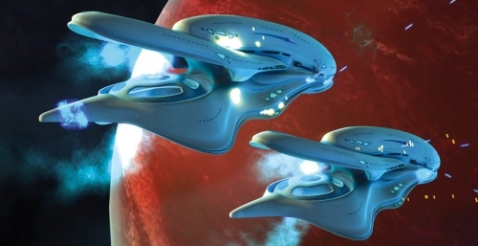 There is no permanent failure, just different steps on the road to success, most of which involve persistence.

When you play Peggle, there is a finite puzzle to solve in each level.  No additional pegs will crop up to assail your dwindling supply of balls, you will not rush ahead to the next level with the same number of balls you began play with, there are no carryover elements from one stage to the next.  You clear the puzzle as it’s presented to you and that’s enough.

When you play Lumines, this isn’t the case.  The game starts, and it keeps going until you screw up.  That’s the long and short of it.  The challenge will just continue for as long as you play.  And while both games are fundamentally puzzle games, one of them is a game wherein each level should be played to completion, while the other is an ongoing process.  And there are some interesting differences between a challenge that just runs forever and one that exists in a contained space.

END_OF_DOCUMENT_TOKEN_TO_BE_REPLACED

The downside of taking breaks between installments of this game is that when you have a game so thoroughly built upon making an extended project out of your characters, you occasionally… forget what you were doing with your characters.  Luckily, it usually just takes a few minutes of glancing at abilities to figure out what I was doing again with character abilities.

With the plot?  Not so much, since we have unfortunately slipped into a mire wherein we are going in a seemingly random direction for no reason beyond the fact that there’s stuff in that direction or something and I guess we can go that way or something?  We seem to have nicely stepped away from our ostensible goal of finding the Earth Crystal, that’s not great.  So it’s off to the Desert of Shifting Sands, because that’s close on the map and we haven’t been there yet, so why not?

END_OF_DOCUMENT_TOKEN_TO_BE_REPLACED

Going back to the start 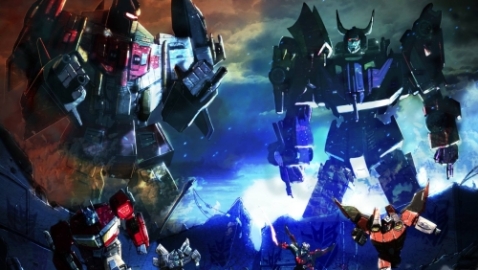 It’s a promo image; I just wish they were more interesting combiners to promote.

I was excited for the launch of the Combiner Wars subline for Transformers, because I really like giant robots that transform and I really like when those giant transforming robots themselves transform into combined robots.  But I was also apprehensive, because I had a pretty strong feeling that it was going to mean a whole bunch of the same thing we see every time.  And sure enough, we have another Optimus Prime, and the first two combiners are the Aerialbots and the Stunticons.

This was not altogether surprising.  As we prepare for another Spider-man movie that yet again sets the clock back to the earliest stories, it’s worth asking the question of why we keep feeling the need to retell these stories until we’re all blue in the face.  It’s not that there’s a problem with remaking things; I quite like when someone takes something familiar and puts a new twist on it.  I am, however, less thrilled when that “new twist” is just an update in the time of release.

END_OF_DOCUMENT_TOKEN_TO_BE_REPLACED

If anyone ever asks me to explain EVE Online again, I’m just going to lock them in a room where they have nothing to play other than this game. That should serve as an object lesson.

The problem with any sort of endless game is that you have to provide a reason why people are going to keep playing.  You need to offer something, well, unique.

It’d be unfair to say that Dollar Dash is a bad game.  As games go, it’s pretty well functional.  I might argue that it’s on the lower side of functional, but that’s not the point and it doesn’t really help or hurt the game on the balance.  The problem it has isn’t about whether or not it works.

No, the problem is that it’s a game with the barest form of a game beyond the expectation of having multiple players beating the snot out of one another on a regular basis.  Its single-player offering is perfunctory, there to train you and help you unlock things for the online experience, and that online experience is reliant on people deciding that they’d rather play this game as opposed to the countless entries doing the same thing, only better.  It’s surplus to requirements, and it offers little to compel the player to care.