The jack of all problems 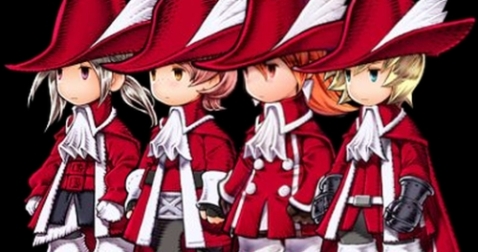 Well, now we can all be mildly useless but balanced against one another’s uselessness.

Every single game that allows you to build a character how you want lets you build yourself as a jack-of-all-trades if you want to.  In many Final Fantasy games you’ve got the Red Mage, a master of both offensive and defensive magic while being a deft hand with a sword.  Dungeons & Dragons has traditionally had options like Bards or (in the old days) multi-classed characters.  Kingdoms of Amalur‘s loose class system lets you have a character who’s pretty good at lots of things and derives benefit from having dabbled all over.  The idea is that you’re not as strong as a specialist, but you can always do more!

Pretty much no game has ever made this work.

The problem is that every single game with a true jack-of-all-trades either winds up with a dramatically overpowered character or a completely useless one.  (Or a character that specializes in something after all, which makes the character/class not truly a jack but just a flexible character outside of the specialization.)  It’s a seductive idea, obviously, but it just doesn’t work out from a balance standpoint, and we need to get away from that in design. 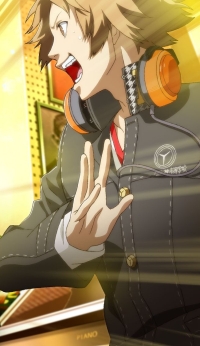 I also got a lot of mileage out of him in Persona 4 Arena, although there he’s not exactly average any longer.

The impetus is kind of obvious.  In the original Final Fantasy you have five classes that are each good at something – the Fighter is good at taking damage, the Monk is good at dealing damage, the Thief is good at running away and getting first strikes (and being largely useless), White Mages are good at healing things and Black Mages are good at casting offensive spells.  Rounding out the list with someone who’s almost as good at those things seems like a natural choice with limited spots, because then you can have someone who’s pretty good but provides a little extra everything.  What’s not to like?

But the problem is in how that gets implemented.  The original Final Fantasy, for instance, wound up making Red Mages far more powerful than they intended.  A Red Mage winds up around the physical prowess of a Thief with better magic, and because of how spells are set up they’re arguably more useful than a Black Mage.  After all, a Red Mage who’s out of spells can still do reasonable physical damage, and they can still cast both the most valuable healing and buffing spells.  All they lose out on are the biggest direct damage spells, and by the time you’re at that tier of the game having access to a Hasted and Tempered Monk is far more valuable than the best spells you can cast.

By contrast, Dungeons & Dragons has often run into the problem of multitalented characters being useful for pretty much nothing.  It makes sense from a balance perspective, since if you’re going to have five times as many abilities as everyone else, you should only advance a fifth as quickly.  The result is that ten levels in, your character is just getting to the point that everyone else left behind eight levels ago.  Sure, you can do all right in those fields, but you’re not going to impress anyone.

Why does this keep happening?  Because you need a baseline.

In brawlers, usually you have three characters.  You’ve got the average baseline character, the character who moves quickly but doesn’t hit as hard, and the one who hits hard but moves more slowly.  These guys obviously work out just fine, because the entire game is built on the idea that the middle is the baseline.  It’s not that Big Strong Dude’s damage is the accepted baseline, it’s that it’s specifically scaled up from Average Dude.

There was no “be okay at lots of things” in this game; there was “be good at different things in different ways.” You might see why I prefer this to plate-wearing mages from the original.

Most games that offer more robust options don’t work that way, however.  In Final Fantasy XI, by way of example, there is no Average Class that the game is balanced around.  The assumption is that all damage-dealing classes are, in fact, capable of dealing the same amount of damage in a short span of time.  You can’t give that amount of damage to another class which can also heal with the best healers and tank with the best tanks, clearly.  Nor can you make that character equally adept at magic and physical damage, because why would you play any other classes at that point?

Except that it’s not enough to just scale down one aspect; for a true jack-of-all-trades, you have to scale down everything evenly.  And there’s a delicate line that can’t really be well-traced.  At one point you’ve got a class which does everything so well that no one else can touch it; the next, you have a plethora of abilities which are all far too weak to actually be effectual.  Sure, your Red Mage can use some healing magic and some attack spells, but neither one is significant enough to be more than a drop in a bucket.  Better to have a dedicated healer or a dedicated damaging caster, because you’re not good enough at either to be relied upon for both.

The other option is to build in a blind spot of some sort, or a hidden specialty.  Final Fantasy XI‘s Red Mage is really good at debuffing targets and gets a few unique buffs and spells; the result is that the class does actually have a focus, albeit not one advertised by the nature of the class.  Persona 4‘s Yosuke is incredibly useful and pretty good at everything, but he lacks multi-target attacks, a major drawback in a game where enemy groups often are best dealt with via a single spell hitting every weakness.  Unfortunately, this undercuts the very nature of having a jack-of-all-trades; what you really have is a jack of one trade, like every other option, just one trade that takes a little while to come into its own.

In a game balanced around group performance, a baseline “average” character just won’t fit in.  Having a character who can take hits twice as well is always going to make a more attractive option for the front of the group compared to the character who can’t do that but can hit a little bit harder.  Even if you preserve the parity, you’re always going to wind up with the guy who can do a bit of everything doing too much of everything or not enough.

The solution?  I don’t think there is one, except to stop falling back on the assumption that “a bit of everything” is a specialty.  If you can’t figure out another specialty and start falling back on that, give your characters more interesting things to do.