Challenge Accepted: The virtues of easy 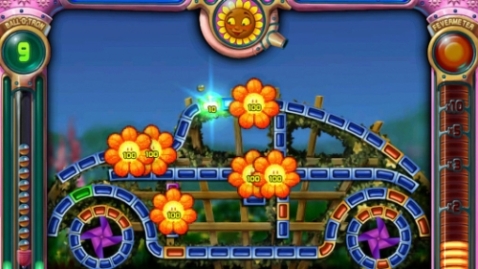 Why play this instead of something harder? I can think of dozens of reasons.

I like talking about challenge in games – a lot – but I also can’t stand the chest-pounding portion of the general gaming audience who seems to collectively believe that if you’re not turning every game into an arduous challenge then you’re obviously unworthy of purchasing any more games over the course of your life.  As if there was no way to enjoy a game that tried just being easy, as if there was nothing to be derived from a game that’s not terribly deep, as if there was no modulation or middle ground between people who enjoy challenges and those that enjoy challenges.  Or, for that matter, as if every game wasn’t easy in the right light.

Spoiler warning: all of the above are true.

Slowly question your virtue and morality as a human being as you fight back against the steady onslaught of sand and self-inflicted horror in a dying city. Fun for everyone!

Let’s take a step back.  What’s the primary purpose of a video game?  If you said “have fun,” you’re close but not quite right.  Silent Hill 2 is an excellent video game, but I wouldn’t call its slow grinding psychological horror fun.  I didn’t find Spec Ops: The Line to be a fun ride, but if I worked for an outlet that marked these things with review scores I would be giving it high marks.  I can’t count the number of long RPGs that have segments that are far more slog-like than fun without marring my overall impression of the game.

No, the primary purpose of a video game is to give you an entertaining experience.  The easiest way to do that is, yes, by making it absolutely fun all the way through.  But that is by no means the only option, as I just mentioned.  There are a lot of games that aren’t fun, but they still entertain and enrapture.  An entertaining experience is the only thing that most point-and-click adventure games can offer aside from brief nuggets of joy when you figure out a particularly fiendish puzzle; the gameplay is nothing to write home about, but oh, the experience that is.

Dying dozens of times on the same segment as you try to learn how to clear it?  Not fun.  But quite possibly entertaining, if you’re someone who enjoys a steep challenge.  Not everyone does.

The trouble is that for a lot of people who enjoy being at the top of the hill, there’s obviously no reason to try for anything else.  I see a lot of these players mitigate by saying “oh, I’m not the best in the world,” but that’s not the point, is it?  You’re better than your particular circle and that’s what matters to you.  You like the idea that there’s a hill and people all fall somewhere on it, and maybe you’re not at the top or even near the top but you’re at a point where you’re comfortable.  You want to be better than someone, because that’s what shows you personally that you’re accomplishing something.

You’re not learning anything! You’re just derping along! How can you play the game on an easy difficulty? It’s not like you can have fun just by pretending to be Batman!

You cannot defeat someone who does not wish to win.

If you want to be on the top of the heap, this is problematic, because how can you win when the other person doesn’t care who’s better at the game?  I think this is the root of some of this chest-pounding, that Jane feels the need to explain to Sandy how bad Sandy is at games because otherwise Sandy won’t know, care, or realize it.  Sandy’s entertainment doesn’t rely upon Jane at all, but part of Jane’s entertainment relies upon overcoming a challenge that not everyone can.  What’s the point of being the best in your peer group if no one else in your peer group cares who’s the best?

The thing is, easy is just another approach to playing a game.  It’s based on getting a different sort of entertainment out of the game.  Speaking for myself, I know that my primary enjoyment doesn’t come from being better than someone else but from experiencing story, mechanics, and the feel of the game as a whole.  Sure, there’s a little twinge of pride if I am better than someone I know, but I’d keep playing Mass Effect even if I was shown graphs indicating that I am in fact the worst Mass Effect player in the world.

And to a certain extent, we all do it.  We pick out games that we find easy to master compared to those that we find difficult to handle.  You buy Dark Souls II because you find it easy to get better at the game, and it’s sold with the tagline that it will brutally kill you left and right, over and over.  So if you’re good at this, you must be a great gamer, right?  Although you haven’t done any actual testing.

It’s quite possible that you can master Dark Souls II without missing a beat but can’t clear a single song in Final Fantasy Theatrhythm.  Because one of those is a challenge you’re suited to and the other one isn’t.

For that matter, ease is probably where even the most hardcore I-am-better-than-you gamers got their start, because it’s where we all do.  You try something and it turns out you’re good at it, and you like the experience enough that you want to try again but with a little more challenge this time.  You’re not competing against someone else now, just yourself, just seeing what you can do.  You get started by finding that you’re suited to something, then seeing if you can do better, then maybe worrying about comparing yourself to others and seeing where you fall on average.

It may even be that ease is more useful to games as a whole than challenge.  But that’s a theory for another time.  For today, all that’s important is acknowledging that easy experiences are as vital as challenging ones, that they’re the engines upon which games run, and that for the people who forever stay in that playground aren’t incapable of climbing up the hill, they’re just not interested in it in the first place.

Feel free to leave feedback however you want, as always.  Next time around, I’m going to chatter about managing expectations and the challenge of changing what you’re doing mid-stream over and over.  The time after that, well, that can be the time to talk about how easy might be more useful for a game over the long term than hard.

2 responses to “Challenge Accepted: The virtues of easy”