DRM has changed, DRM has stayed the same 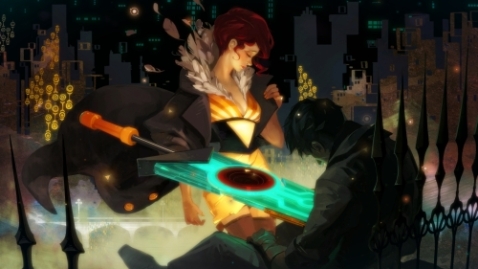 All turns quiet; I have been here before.

A couple of weeks ago, I had a really good week on game services.  Origin was giving away Plants vs. Zombies for free, so at some point I can now do what 80% of human beings on the planet have done and play it, thereby allowing myself to enter into conversations with others once more.  Transistor also came out, and thanks to the kindness of my brother I also was able to download and play that all the way through.  If you need a thumbnail review, it’s good.

I was talking with a friend about all of this, however, and the subject of Steam came up, since that’s really your main option for buying Transistor at this point.  That led into a discussion of Steam as a form of generally benevolent DRM and how having DRM, however benevolent, is somewhat insidious.  There is, strictly speaking, nothing that will stop Valve from cancelling your account, deleting all your game, and sending you a picture of a squirrel getting run over by a truck. 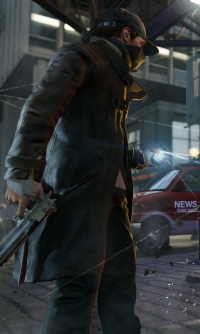 One day – not soon, perhaps, but one day – you will come to realize that they have always been watching you. Not maliciously, but because they could and they feel the need. They have always watched for all of human history. All that’s changed over time is that they’ve gotten better at doing so.

In fact, let’s work on an even more macro level – you have never really owned the games you’ve bought.  Not ever.  Not even when you were buying something that you could install on your PC with a few floppies and then play any time you want.  Provided, of course, that you had the instruction manual, because early games loved to demand that you flip through the manual and find the fourth word in the second paragraph to confirm that you really bought the game.  Or more accurately, confirming that a flimsy booklet bound together with staples had, in fact, survived up to the point that you wanted to play the game and that no one in the chain of ownership had somehow lost the manual.

Even worse were the games that included some other form of dongle that you needed to pull out and flip around in order to confirm for the game that you bought and owned this copy, since a lot of those could be indistinguishable from trash.  Especially when they wound up in the trash, followed shortly by the floppy disks of a game you had paid money for but could not play.

Thankfully, the era of CDs killed that practice… by replacing it with a new practice wherein a crucial game file was not installed to your hard drive but was instead left on the CD, forcing you to pop the disc in the tray any time you wanted to play.  Oh, and also tying your performance to your CD drive, because there’s nothing like having a top-of-the-line computer from seven years later that still has loading screens when it could play the whole thing at blazing fast speeds if it were allowed to just do a full installation.

Not that any of that matters, because what do you think happens right now if my copy of Doom II stops working?  I own that game.  It’s right here.  But if I upgrade to a new computer and it doesn’t work, do you think I can call id software and get any support other than raucous laughter?  I suppose I shouldn’t complain, because at least id still exists, this old copy of Myst published by Broderbund certainly isn’t getting any support if it doesn’t work.  And let’s not even get into the fact that I have a City of Heroes box and a Warhammer Online box sitting on my PC gaming shelf.

I don’t have the box for this expansion, but I don’t know if that makes it easier.

You know what I own there?  Boxes.  Boxes for games that I cannot play.  Even though I ostensibly, like, own them.

Would you rather play games on cartridges?  Same deal – you own that game, sure, but if that cartridge dies you’re out of luck.  But you could just dump the software and mirror it on your computer, at least, so that’s something, although you’ll be getting shifty looks to say the least.  And that’s assuming that emulation can actually match the quirks of the system, which was a dedicated machine build with specific hardware that your computer is trying to pretend it can be.

Oh, sure, you own these games.  But you own them based on the good will of companies just the same, and if they stop working, you’re out of luck.  Assuming, of course, that you can even still find copies of these games, because I am relatively certain that Blizzard is not rushing to press more Warcraft: Orcs & Humans discs so that everyone can rush out and purchase a DOS-based RTS that has serious balance and mechanical issues.  That’s high on everyone’s priority list.

The point I’m making here is that DRM has been a thing for as long as there have been games that someone might want to steal, because that’s the very nature of the beast.  And they always take the form of being some variety of annoying, because of course they do.  Online checks are a thing now because they’re an easy way to be certain that people are playing with legit copies and it’s actually something that’s technologically sustainable now; if it were possible, company CEOs would gladly have someone carefully watching you each time you fired up a game to be sure that you did, in fact, own it.  But the man says that’s illegal so it’s off the table.

So ultimately it all comes down to what companies do with that DRM.  Steam and Origin are both DRM services, but Steam promotes a wide variety of titles while also creating an indie scene that couldn’t get the sort of publicity it has otherwise; games like Recettear and Bastion and Mark of the Ninja would have a much harder time gaining traction if they didn’t have a central storefront to market to.  Origin, meanwhile, has been really flexing EA’s largesse lately, giving away titles for free that you own as long as you nab them in the right window.  That’s great.  That’s providing something that I wouldn’t have access to without these services.  Sure, they’re DRM mechanics, but that’s not the only function they provide.

Yeah, it could come crashing down at any time, but that’s always been the case.  At least this way, until it does, I don’t have to keep the instruction manuals close at hand.