Challenge Accepted: What you’re wading into

If it were just this, it would admittedly be a little boring. it would also be consistent.

If you haven’t played Frog Fractions, that’s easily rectified – it’s free right here.  Aside from absurd humor, the developer’s stated goal for the game was to get back to a time before players knew everything about a game, to get back a sense of wonder and surprise when things keep changing on you as you play the game.  It’s not really a spoiler to say that the basic version of the game that you start with isn’t what you end up playing when all is said and done (hint: the dragon can go down, too).

Don’t get me wrong, I think Frog Fractions is a great little piece of art.  But as a pure game, it sort of comes down to a series of brain farts.  It surprises you with its gameplay, yes, but that’s because it doesn’t deliver anything close to what it promised to on the tin, and the real challenge is figuring out what random direction to head in next.  So how do you interpret the challenge in a game where the whole schtick is changing what you’re actually doing? 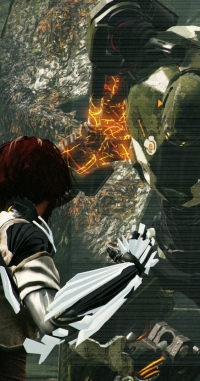 Every time you have a game suddenly swing into quick-time button tapping, congratulations, you’ve experienced the sudden pointless swing.

Challenges in games aren’t just about what is being challenged, which is something I’ve talked about before.  They’re also, in part, about managing expectations.  You expect that the last boss of a game is going to be difficult, but difficult within the established parameters of every other boss up to this point.  One of the most certain ways to lose your audience is to create a situation wherein their carefully managed play over the past however long changes entirely in the last ten minutes of the game, introducing a wholly new gameplay mode that determines success or failure.

At the same time, diversity in content is also important.  I don’t care how robust your game’s shooting engine is, if I can beat the last boss with the exact same techniques that I’ve been using up to this point, I’ll be kind of disappointed.  For that matter, a game that just does the same thing over and over until its content is used up gets described – with good cause – as monotonous.

So you mix things up.  And the hard part, always, is in creating a shift that feels like a natural extension of the game’s existing play without feeling like a pure rehash.

In the original Super Mario Bros., the early fortresses are easy to figure out.  You keep running from right to left, same as always, but you no longer have enemies you can hop on.  Fair enough.  Later fortresses, however, introduce a maze-type element.  You have a choice of which path to run, and choosing the wrong one forces you to run a section of the fortress over again.  If you keep going the same way each time, the same thing will happen.  The only solution is to try and find the right sequence and then clear to the boss.

On the one hand, this works well enough.  You weren’t told to expect it, but it doesn’t require you to learn a new skill so much as refine an old one.  On the other hand, at the time there was no technology in place to let you know what was happening, just to guess at it.  It’s a bit of a logical leap, though it’s at least possible to puzzle it out based on layout alone.

The key, then, is in striking a balance.  New things have to feel, well, new, otherwise it’s just the same old enemies with larger pools of health.  At the same time, you need to give players the opportunity to respond, and you can’t completely change the game out from under them, or it feels like a cheat.  Metal Gear Solid ends with a rail shooter that seems particularly random, simply because it’s not a style of gameplay you had engaged in at any prior point.  Devil May Cry ended with a rail shooter.  Mega Man 2 had a final boss fight that was unexpected and had a surprising weakness, but the actual mechanics of the fight were the same ones you’d been using for the rest of the game.

Part of this comes down to introducing new things that players will actually want to use, obviously.

This is where games like Frog Fractions run into trouble.  Sure, the game is delivering you something new on a regular basis, almost minute by minute.  But it’s doing so when you’re being given no signposts and no real understanding of why things are happening.  It’s completely random from start to finish.

An entire franchise has been running for some time based on the power of constantly changing gameplay, of course – the Wario Ware series – but the difference is, again, that’s a game in which you know it’s coming.  The stated premise of the games has always been that you will face a series of mini-challenges on a timer, and half of the mechanics are figuring out what the game wants you to do each time.  You expected this.  You were told to expect this.

If I get nailed with a difficult trivia puzzle in The Secret World, that’s an expected challenge even if the details or depth was unexpected.  Put the same puzzle in Star Trek Online and I’m going to be annoyed, not because of the challenge but because that wasn’t what I signed up for when I started.  It’s not subverting expectations, it’s shoving the tacit agreement between designer and player right out the window.

It’s why I can like Frog Fractions as a piece of art but not much as an actual game.  I love the humor involved, I love the sense of off-the-wall absurdity, but I don’t love the fact that it has no interest in being the same game from moment to moment.  It winds up just being random, and with no signposts to go by other than the expectation that you’ll be ambushed by something unexpected, I can’t say it’s a particularly great game.

Feedback, like always, is welcome however you’d choose to communicate.  Next time, I’m going to talk about the ways in which easy stuff can have more long-term benefits for games than relentlessly difficult content.  The time after that, I want to hobnob about fairness in challenges, what qualifies as fair or unfair, and whether or not it’s even a helpful distinction.

One response to “Challenge Accepted: What you’re wading into”