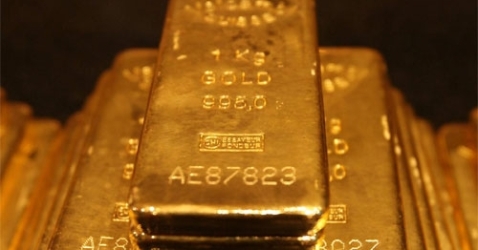 Look what we found just lying around!

A couple of weeks ago, I talked about minigames that we never need to see again in another game, full stop.  It was meant to be silly, and I think it accomplished that goal nicely.  But, you know, it also does speak to the fact that we have some ideas that have just been mined out straight through to the mantle.  There is no more blood coming out of these stones.

No, I’m not about to go on a rant about how companies are only producing the same games these days, since that’s both demonstrably wrong and kind of the nature of the beast.  The majority of titles at a given time are always going to be the most popular current thing with a new skin; that’s always been true.  But there are a lot of ideas out there that saw exploration in one or two titles, then got shelved forever.  In short, there are clever new ideas there just waiting for a dust-off and a revival with newer tech and a modern environment, ideas that are just longing to be developed.  So let’s talk about titles that can’t be hard projects because they’re barely even franchises, but they still deserve some more attention. 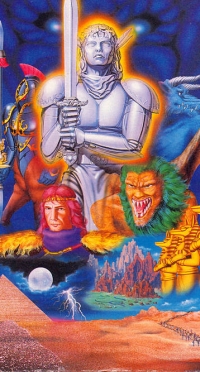 After years of complaining, it’s finally happened – we have found Japanese box art far worse than US box art, even from the era when studios would prefer showing us art of misshapen old men instead of anime characters.

Yes, I’m aware there was a sequel that was called Actraiser 2.  But it didn’t really capture what made the first one interesting, being a fairly generic side-scrolling platformer with some flight mechanics.  The original was a gem, because you started by diving into a side-scrolling hack-and-slash platformer, then popped up and found… a city-building sim game.

Essentially, your goal was to help humans establish their civilization in a hostile area.  So you first went to an area and dove into the heart of the region, clearing the space for a town hall via side-scrolling adventure.  Once your town hall was ready, you could then play a combination of god game and city sim, driving off demons while you put the humans to work building farms, roads, houses, and other important structures.  Eventually, you would uncover the lair of the demon plaguing the area and could descend into said lair, freeing the area entirely of evil influence.

As you can imagine from an early SNES game trying to do a ton of things at once, the game was clunky and weird, but it also had a genuine charm to it.  It was something that hadn’t been done before, and to my knowledge it hasn’t been tried again, either.  Not quite a sim and not quite a brawler, I think the mix could be revisited to great impact – especially since the designers wisely tied your character level to the population of your cities, which means that performance in one arena influenced others. 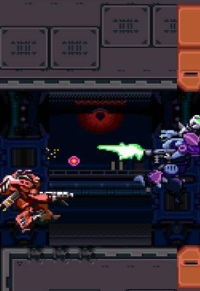 We’ve got a lot of mech combat games available now – enough of them, anyway, although I’ve not much cared for the Armored Core franchise as a whole.  But most of them are about customizing your machine, staying inside of said machine, and generally being a chunky beast covered in armor.  Metal Warriors did none of that, but it was clever and fun as hell.

Metal Warriors had six different mechs available, each with different capabilities, and you never had customization available.  What you did have were other mechs to jump in as you moved through a stage.  Rather than giving you a health bar, your machine took damage over time, losing access to systems as it was pummeled – and eventually becoming a smoldering wreck about to burst.  You could then eject, wisely, and hop in another machine if there was one nearby.  Other machines could also be destroyed to prevent enemies from hopping in, which was easy to do – you were never shrugging off bullets, with each shot having a notable impact against players and enemies alike.

The result was a game that feels very modern in play, in some ways, as you’re encouraged to make strategic choices about moving forward and taking out enemies while also keeping a close eye on your health and abilities.  But jumping between machines and swapping between six very specialized units produced a very unique feel.  It could be a real breath of fresh air compared to the current market of shooters without being a total sea change. 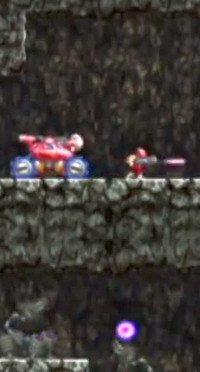 Trying this once every five years or so is too rarely. And, for that matter, speaks to a certain part of the problem.

Yes, it’s another game in which you’re encouraged to get out of your enormous doom machine, but for very different reasons.

Blaster Master has tried to be a series several times, and none of the subsequent titles has quite hit the mark of the first game aside from a remake of the first back in 2010.  It was, in many ways, a Metroidvania title before that was a thing.  You’re given huge stages to explore inside of your battle tank, with several little doors scattered throughout the stage.  Hopping out of the tank allows you to enter the doors, which switches the game from a side-scrolling game to a top-down shooter with a different set of powerups.  You search for the right door, kill the boss, and get a new part for your tank… which allows you to explore new regions, thereby expanding your options and allowing you to find your way to the next sprawling area.

Aside from the remake, every title has tried to play up the action aspect, which isn’t what made the original fun in the slightest.  The platforming and action was nice, but what made the game really fun was that coupled with the exploration and the hunt for new upgrades.  The lack of saves, passwords, or even a continue feature really hurt the game in the long run – you started with three lives, and, well, that was all you had to go traipsing about with, which meant that every death was a huge setback.  But there’s no reason that a modern game couldn’t address that and really push the limits of what could be done with gameplay modes, playing up the marriage of different sorts of play rather than simply pushing you to shoot more.

I suppose you could probably combine elements of Blaster Master and Metal Warriors with one another, now that I think about it.  That would basically be the last game I’d ever play.