The last time around for this column, things really picked up in Final Fantasy IV.  Betrayals, loss, sabotage, and other unpleasant events!  It was nifty.  For the audience, anyway.  For Cecil, it’s kind of a pile of crap, as he’s lost literally everything yet again and now has no idea where in the hell he is.  If you told him he had died and gone to hell, it would be pretty believable.

What little good news Cecil has at the moment (i.e. the fact that he’s not dead) is quickly undone once you realize where you are.  Remember the very beginning of the game, when Cecil was returning from a successful campaign to steal the crystal from Mysidia?  Yep.  Here we are, back again.  It’s not mentioned at any point if the people in Mysidia tend to hold grudges, but given that plenty of people will cast status spells on you and otherwise ruin poor solitary Cecil’s day, I’m going to go ahead and say that they do.

Cecil wisely appeals to authority, approaching the elder of the town and expressing regret – something thrown back in his face promptly.  The bulk of the dialogue expands on the concept that while Cecil might feel bad about what he did, as long as he keeps relying on the blade of the dark knight, he’s still going to be a dark knight.  This is a kind of nifty concept, albeit sort of out of left field, since what’s ruined his life to date has largely been the results of mistakes and superior forces rather than the sword he’s carting around.

The elder then calls for Palom and Porom to assist Cecil in his quest, which means that once again it’s time to cart along a pair of children.  It’s also time to buy a bunch of equipment, which leads nicely into yet more grinding.  The goal with this game’s design was to get away from that particular gameplay conceit, but as it turns out, you’re vastly well-served by routinely dropping what you’re doing to grind the heck out of monsters, especially to level up new party members.  It gets kind of annoying, honestly.

Still, by the time all was said and done both Palom and Porom were up to 15, more than enough to take care of the next area, Mount Ordeals.  It’s a long walk there, but as is the custom in these games, it’s really the only place you can go. 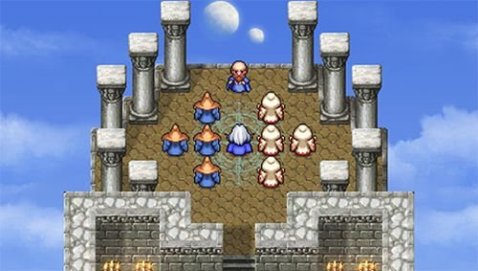 “I’ve got a great idea, guys. Let’s see if we can screw with a random knight for a while until he climbs up the mountain of death we keep down the road.”

A wall of fire impedes our progress shortly after arrival, but Palom helpfully clears it away in an inverse of Rydia’s earlier clearing of ice.  The game then cuts away to Golbez, sending Scarmiglione after Cecil despite the fact that there’s no obvious way he could know what was happening with Cecil.  This does lampshade an important fact, however; as a dark knight, Cecil’s weak against the undead, which can cause issues with enemies in this particular dungeon.  At least, for now.

A bit more climbing re-introduces Tellah, who is apparently seeking the spell Meteor.  Palom mentions accidentally that the twins are spying on Cecil, but the focus is on Tellah’s quest for a more powerful magic and catching up on what’s happened since he and Cecil last saw one another.  He joins up, making this as mage-heavy a party as it can be, and we’re back to seeking out Cecil’s redemption.

Blitzing past a few more undead with Cura and Fira, the group runs into Scarmiglione, who didn’t waste any time showing up.  He’s the first of the game’s four “reimagined” Fiends, which is kind of nifty, but sadly didn’t get the traction that the original four got.  The fight is pretty bland – clear out his adds and then beat on him, as he counters every attack with a Thunder spell but doesn’t really attack otherwise.  Simple and quick, makes you wonder what the buildup was…

Until you try to move on and find out that the lord of the undead was just baiting you.  Yep, he’s back, and he’s a lot creepier this time around.  Unfortunately for him, he’s also classified as Undead now, which meant that Palom’s Fira was easily dealing four digits of damage.  He went down quite quickly, despite having several status debuffs and attacks that could ruin our day normally.  After putting down Scarmiglione, a step to the left reveals a strange monument, which Cecil immediately touches, resulting in a disembodied voice addressing Cecil as its son.

Cecil is empowered by light, then thrown into battle against his dark knight self, a fight won only by refusing to be the aggressor (i.e. by doing nothing and waiting).  Tellah remembers his spells, Cecil becomes so painfully white that he would make a vampire look tan (because he’s a paladin now, see), and the plot moves forward while I kick myself for not properly unequipping Cecil’s gear beforehand.  He starts at level 1 this time around, but he’s already packing a big punch and has a lot of immunity to undead, so the mountain is the perfect place to make him fly up a couple levels as a paladin just by going down. 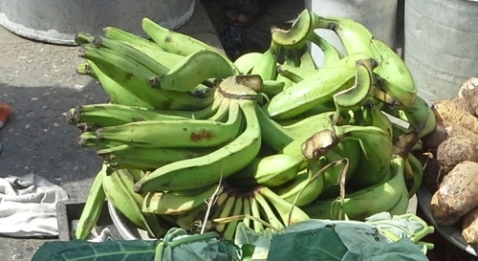 To be entirely honest, I only skimmed the text here and kind of thought that he was going to become a plantain, which would have led to a very different game.

Back at Mysidia, the Elder’s pretty surprised that you actually came back alive, even more so with his new sword that ties into an old Mysidian legend.  This includes something about the moon and rising to the heavens, which is a pretty clear bit of foreshadowing if ever I’ve seen it.

After the scene, you have access to the Devil’s Road linking Mysidia and Baron, which makes life a lot easier.  Stepping on the platform beams Cecil and company over to the city, which we haven’t seen since the start of the game.  Apparently the rumor was that Cecil was dead, and no one recognizes his new outfit.  Also, there’s talk of a strange monk at the inn – no money for guessing who that is.  Cecil, obviously, rushes over to greet Yang, who immediately calls in a pair of Baron soldiers to attack him.

The guards are easily taken out, but Yang isn’t about to let Cecil off the hook yet.  He can both hit hard and take quite the pounding; his Kick can easily chop off half of the mages’ HP, and having several -ga spells thrown in his face barely even slows him down.  After you finish beating on him, he comes to his senses, claiming not to remember anything after Leviathan’s attack.  He remembers Rydia being swallowed by the serpent and Edward drifting off, but nothing beyond that.  Having him back in the group starts another chat and catch-up session, at which point Yang realizes he now has the Baron Key to access the castle.  That means the group can sneak in, rescue Cid, and hopefully put Golbez down for good shortly.

Spoiler: it’s not going to be that easy.  Obviously.