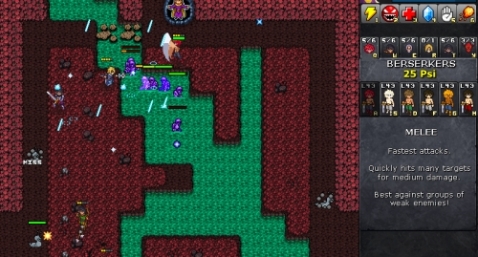 Good challenges are a little like pornography: when you see them, you know it.

Glib though that may be, the fact is that there’s no single formula that leads to a fair and enjoyable challenge every time.  Heck, not too long ago I was talking specifically about challenges that work fine in one place but don’t work at all in another game or setting.  So let’s be real and say that at best, you can put together the elements that should make for a good challenge whilst accepting that it might all fall apart under scrutiny.

Still, there are elements that point in the right direction.  Perhaps it would be more fair to say that simply putting these things together won’t create a good challenge, but a good challenge will assemble all of these in a way that makes sense.  Which brings us back to the same fundamental question in need of an answer.  What makes for a good challenge?

It doesn’t matter how I play, as long as I play with affection.

I’ve talked before about how this is core to good design, and that’s also why it’s first and foremost on the list of what makes for a good challenge.  If you feel as if your actions don’t have an impact on the outcome of a given challenge for good or bad, then you lack any accountability.  The game is playing itself.  This is where cutscenes often wind up making players feel as if they have no control over the challenge in the game, when a particularly difficult boss or obstacle course or whatever is defeated via cutscene with no player input.

Accountability cuts both ways, and it’s one of the reasons that I’m not terribly fond of platform hell games a la I Wanna Be the Guy.  If you feel as if failure comes down to your own choices, you feel as if the challenge is, on some level, fair.  I wrote a whole column about this idea.  When the challenge comes from being unable to assume anything about the environment around you, though, fundamentally you’re not being held accountable.  You are expected to die over and over and succeed only when you’ve expended enough retries to know the pattern.

This lies at the heart of a good challenge.  If you feel as if the challenge is reliant on luck or if it’s somehow fundamentally unfair, you’re not going to feel any satisfaction at beating it.

Simple, elegant, addictive, and immensely satisfying to overcome even without the power-up reward.

Good stage design is an art in a platform game.  You recognize when it’s bad, but it’s hard to recognize when it’s really, really good.  This is a good part of the reason why Sonic the Hedgehog has floundered in recent years, because the game lives and dies on good design, placing enemies in the right locations, bumpers and such in just the right places, and so forth.

Super Mario Bros. 3 has some amazingly tight stage design, several stages which are nearly flawless in their layouts.  Even the first level is a perfect example of what can be done.  There’s a time limit, so you can’t just stand and wait forever – that’s your basic challenge.  But there are also enemies.  There are also powerups and extra lives scattered throughout the level, hidden passages in pipes, but not in every pipe.  You have to balance a bunch of different factors against one another, and if you make a mistake on one it has an effect on the rest of the level.  Getting hit costs you a powerup and often costs you a secret or two as well.  Missing a pipe makes the level take longer.

When a challenge is good, it’s more ornate than simply pressing X to not die.  Elements twine together and produce a gestalt result.  And it goes beyond simple stage design – in a fighting game, you have a timer ticking down, an opponent who needs to be beaten, and your own life bar to defend.  Hitting hard might keep your opponent off-balance, but it also means making yourself more vulnerable.  There’s a complex interplay that has to be considered.

One of the smartest bits of design in Final Fantasy XIII was changing the role of the player compared to other games in the franchise.  Compared to the usual games, there are a lot of things to manage.  There are more buffs, more debuffs, more enemy states that have to be considered, more ways of reacting to danger, more kinds of damage.  Placing all of that directly in player hands would quickly lead to overload; instead, you take the role of management, shifting your party’s roles and abilities as needed and planning ahead of time while taking a less active overall hand.

The trouble with layering is that there comes a certain point wherein the game becomes too complex to be managed effectively.  Civilization has long struggled with keeping at just the right point wherein you have to deal with plausible scenarios while at the same time you aren’t overwhelmed with the complexities of running an entire society.  If you can’t understand what you’re supposed to be doing, how can you feel accountable?

If you don’t understand how a game can be incredibly simple at its core whilst being incredibly complex in its interactions, this would be a fine place to start.

Yes, this means that a good challenge has to strike a balance between creating layered, complex game states and making them comprehensible to a player.  These are not on an axis, though, as layering creates itself through play while simplicity is just about how much information you have to manage and control at any one moment.  The control scheme for DmC is complex, but understanding what Dante is doing and why is fairly simple; it never gets too complex to comprehend, even when you need to be ready and able to swap between five different melee weapons in a reasonable timeframe.

Ultimately, this is the most intangible part of a challenge.

You could call it “reward,” I suppose, but there’s no reward for beating the last boss of many games except the knowledge that you beat the game.  Bonus challenges often don’t feature a specific reward, or at least not one that matters if you’re good enough to beat the bonus boss.  Yet at the same time, when you’ve got a good challenge set before you, it feels more satisfying.

There’s a fight near the end of DmC that throws tons of enemies at you in quick succession, forcing you to pull out all of your tricks to keep moving.  It took me several tries, and it didn’t earn me anything special, but when I managed to tear through the legion of foes without a scratch on me, I felt accomplished.  I felt good for having managed it.  Because it was tricky and complicated, but I pulled it off, and I elegantly managed the various overlapping states of the game.  I had total control.  It was up to me.

Satisfaction, then, in part, comes from giving a challenge that doesn’t come naturally the first time, or perhaps even the second.  It comes from providing opposition that isn’t easily overcome all the time, or at least not without power, knowledge, and skill.  And it comes from giving you that rush when you can see how you might fail and then succeeding after all.

Next time around, I want to talk about puzzles that run from being welcome changes in gameplay to being active distractions and roadblocks.  After that, I’d like to talk about challenging the player on levels beyond simple gameplay and trivia.