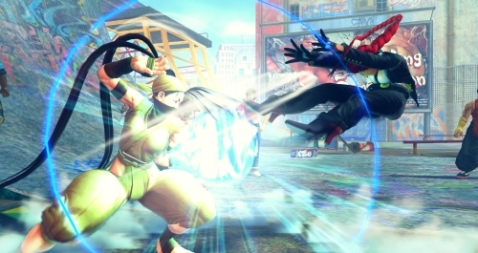 Every inch, every move, every frame can matter.

There are two words that are basically interchangeable when dealing with games: “exploit” and “trick.”

Oh, sure, they’ve got different connotations, but they both boil down to the same thing.  There is a spot in this boss room where the boss will never hit but you can keep attacking him.  This merchant allows you to resell experience potions as long as you don’t leave the shop interface, but you still gain all of the experience as soon as they enter your inventory.  Pause the game on these bosses once an attack hits and the game will keep registering the attack as hitting, so you can unpause in a minute and win.

Pretty much none of these things are intended design elements of a game.  They’re broken.  Yet they’re also a part of the game, sometimes in a way that can’t be patched out.  So why do we call some of them exploits and some of them tricks?  How do you factor in these elements of the game that are broken just by kicking the tires?

There’s not much to be said about why exploits and tricks show up in games, because it’s kind of obvious.  Amidst all the testing, something got missed, or player choice created a situation which the developers could never have anticipated.  A lot of the AI tricks you can use in Final Fantasy Tactics came about simply because the NPCs were given scripts that require or prioritize certain actions because those were logical maneuvers, which means that it’s possible to clear the game with unusual setups by exploiting these scripts and attacking or moving in ways that no designer could have expected.

Honestly, that’s awesome.  It’s really cool that there’s a strategy for clearing the game with five members of any class, simply because you can “trick” the game’s AI scripts into using sub-optimal abilities to avoid cancelling certain effects or keep units alive.  The problem with exploits is that they’re not part of the intended design.

If you can Paralyze an enemy in Vagrant Story after you’re Silenced, you might think that you haven’t accomplished anything.  But because the enemies who try to silence you are spellcasters, they don’t want to hit you with a spell – that would un-silence you.  As a result, you can Paralyze them to prevent physical attacks and then go to town without a care in the world.  If the Silence wears off first, they’ll try to silence you again.  That’s a pretty obvious exploit.

But it doesn’t make the rest of the game easier or harder, does it?  Heck, when you get right down to it that barely blips on the radar.  There are plenty of hard-hitting physical enemies on the game that can’t be dealt with in such a fashion, after all.  You can use the pause-unpause trick to bypass several bosses in Blaster Master, but it’s only on the even-numbered levels, and that won’t help you actually clear those levels or deal with the harder bosses of the game.

It’s also really hard to tell the difference between intentional and unintentional tricks like that.  Leaving a safe space to stand in during a boss fight is just good design, and it’s possible that a designer left a specific spot that would always be safe as a reward for players who really learn the arena.  You can’t tell me that the many bosses in Final Fantasy games who can be killed with a single Phoenix Down were somehow missed by the designers.  Considering the overall difficulty of some early NES games, I’d even believe that the exploits people found in those games were completely intentional.

They’re like cheat codes.  You haven’t hacked or modified the game, you’ve used parts of it that the designers have programmed in.  And yet it’s cheating.  This is not how you’re meant to use the game. 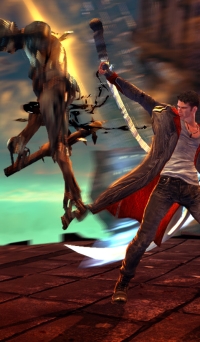 If you can take down every enemy this way, why would you ever rely on another technique?

Dave Sirlin’s fundamental “play to win” manifesto outright states that if there’s a bug and you know about it, you’re foolish not to use it.  The fact is, if your goal is winning, he is entirely right.  If your goal is to beat a game, then you should use literally any and all possible means to do so, including cheat codes, glitches, exploits, and whatever.  So long as it exists within the game proper, it’s fair game to use and exploit as much as you can.  By this logic, using an exploit is no different than using the most powerful gun in the game as often as you can.

You’ll note, however, that I stated “if your goal is winning.”  In competitive games, which is what Sirlin writes about and enjoys the most, you’re always playing to win.  In other games, you might be playing to learn, or playing to experience the game, or whatever.  If there’s a technique to knock a shield out of an opponent’s hand that you can exploit around early in the game but needs to be used on a later boss, should you use the exploit to avoid it the first time?  When a boss has an unintentional safe spot or way of ignoring its mechanics, should you use that exploit or fight the boss as intended, in case that exploit is later removed?

There are no hard and fast rules about this.  In Final Fantasy XIV, there are several bosses where you can, at the current gear cap, basically ignore their mechanics altogether.  You can skip pulls or otherwise bypass the way the dungeons are meant to run.  Sometimes, those tricks get taken out.  Is it worth it to still run things properly?  When does it count as an exploit – when you can ignore a boss’s big attack by just damaging him down fast enough, or when you can make the attack not fire by dealing more damage than the boss was designed to handle?

In other words, exploits are part of how games work.  They’re always going to be there, often in places where you can’t really define them as good or bad or anything more elaborate than “part of the game.”  But don’t rely upon them, either – because especially in the modern era of connectivity, you never know when a patch will quietly remove it.

Next time I want to talk about challenges based around holding back information, both when they’re a terrible idea and when they actually make the game better.  After that, let’s talk about mechanics designed to trick the player.