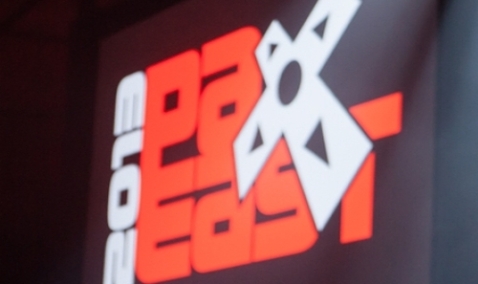 Every time I think that I’m out, I get pulled back in. And that’s not counting the sheer number of times I want to be out.

As you read this – but not as I write this, since I work ahead – I’m getting my last preparations in order for another ride up to Boston for PAX East.  I’ve been going every single year for work since it first started running, and every year I have kind of hoped that this would be the year I didn’t have to go, because I don’t particularly like Boston or conventions in general.  Yet it keeps happening no matter how many stars seem to align against it.  Here I go again on my own, et cetera.

Despite my stated dislike for conventions, though, there’s a lot of good that does come out of them, sometimes in spite of everything.  So as much as people complain about the lines, the smell of sweat, the crowds, the expense, and the creepers that infest every event like a Minecraft region gone horribly wrong, there are two good reasons to still head up to one if you can take the time.  Even when I don’t want to ship out – which is usually the time – I’m happy that these are still there.

More of this, because it makes being here worth the effort.

The rise of the Internet has meant that conventions aren’t just for the people attending the convention any longer.  They’re also for the many people who have no desire to get out of bed on a weekend but still want some of the flavor.  And since everyone’s eyes wind up turning to these conventions, they wind up being a great place to announce all sorts of crazy stuff that otherwise wouldn’t be seeing the light of day until much later.

Video games do this more than any other medium I can think of, even more than the annual fandom-specific conventions that I follow.  (You probably guess that I follow BotCon with some intensity.)  As I’ve said before, this is an industry based heavily upon momentum, which means that any scenario wherein players are glued to the news feed provides a good opportunity to sneak in some big announcements.  Time enough to reveal details later on; while the event is running, it makes more sense to get everyone’s attention with something splashy and shocking.

It makes a certain amount of sense.  While everyone is super-focused on what’s going down in Boston or Vegas or whatever, it’s that much more likely that someone will notice a piece of news that might otherwise slip past their radar.  Sure, you’re watching the coverage to hear about the next Call of Duty, but along the way you wind up getting news relating to a different game, and next thing you know it’s on your radar and you’re pre-ordering it and you’ve realized there’s a whole bigger world of games out there than you know about.

Being on the floor of the convention helps with this, too.  You see people running around with stuff from games you might not have heard of, and revelations have a way of seeping through the crowd.  It creates a general sense of hushed excitement, driving buzz and hype more effectively than any PR agency could dream of, because it feels more genuine.

No, I don’t think having a programmer up on stage is really any more organic than anything else.  But it feels that way just the same.

A game which I didn’t care about at all became a game I… well, one I still don’t play, but at least one I look at with longing eyes.

On my very first trip to PAX East, I discovered my favorite racing game of all time.  I still hold an unending adoration for Split/Second and wish that it had the smallest chance of ever getting a sequel, even though I know it’s never going to happen.  But just like the general world might not know about something unless it gets caught up in the wash of news from the convention, there are games you’re not going to notice before or after the convention… except by getting your hands on them.

I’ve found some real gems at each PAX East outing, and usually these were games that I wouldn’t have cared about from the description I was given.  Pre-release screens and the like didn’t catch my interest.  But some games look and play so much better than they sound on paper that it takes getting in there, wrapping your hands around a controller, and realizing what’s actually going on before you can really appreciate the game as a whole.  Or sometimes it’s just a matter of seeing a game you already found exciting and feeling the meat of it underneath your fingernails, like when I first got my hands on an early built of Star Wars: The Old Republic.

You have a fairly good picture of what’s going down on the convention floor before you show up, but there are always surprises to be had, every single time.  Finding those surprises is part of what makes going worthwhile in the first place.  Some of my favorite tabletop games have fallen into my hands because I saw them being passed around the show floor.  I usually walk away with products from the Summoner Wars stand, which has only been missing for one year.  There are games that sound dumb that turn out brilliant.  There’s even the occasional game that really just reinforces my ideas about it in the best possible way.

For all that you know going in – and as a game journalist, that’s usually quite a bit, just because I have to – there are always things that surprise you.  You go in and find something new and exciting in a way that you just can’t get anywhere else, because dungeons are full of treasure.  And if you don’t think being packed into a convention hall with thousands of other people counts as a dungeon, I’ve got news for you, friends.