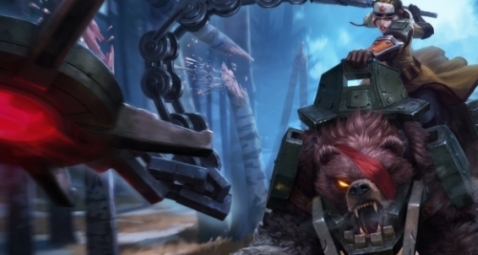 Believe you me, I find it absolutely baffling that I live in a world where this can exist but it doesn’t make me fall to my knees in fascination.

I am not a fan of MOBAs.  There are a variety of reasons – the toxic and vile player communities they tend to attract, the symptom of meatheaded posturing previously associated with physical sports steadily seeping into gaming, the usual control schemes that they support.  But boy, if there was ever a genre that didn’t exist a decade ago that’s managed to explode in popularity since then, this would be the one, and I can certainly understand the heck out of people who do enjoy the games.

Of course, the downside to success is and always has been imitation.  MOBAs have been hit by this pretty hard, to the point where it seems that almost every game company in existence has brought out a new MOBA, like the online equivalent of Japanese game companies making pachinko machines.  Frankly, these games are a hard project even without all of the copycats, but the addition of those copies has only made the dynamic more difficult. 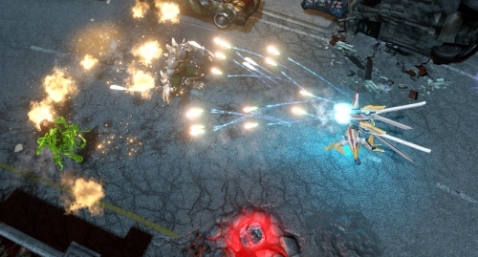 I don’t know if the difficulty in actually finding screenshots of these games is indicative of something or not.

Only a little space

Would you consider World of Tanks to be a MOBA?  The game certainly has a lot of the hallmarks of it – two teams, purely competitive, closed environment, and so forth.  But I don’t think most people would, because it’s a game wherein you don’t respawn and there are no real lanes to speak of.  Which is legitimate, I wouldn’t classify it as a MOBA either, but it speaks to a certain issue that the subgenre has which is starting to come to the forefront.

MOBAs are all, to a one, based off of a single mod from Warcraft III.  That’s a fine space to start.  The problem is that the most successful game in the genre, arguably the type specimen, codified certain elements of that mod, including the incredibly limited map selection.  Diversity in League of Legends comes down chiefly to hero and skin selection, not to a variety of different maps; the new modes that the game adds come out very slowly, and the same is true with most other MOBAs.

Timeless genres tend to be the ones that offer a lot of variants on a simple idea.  The reason platform games have endured for so long is that there are a lot of variants to be made within the same basic framework.  MOBAs, however, have things hard-coded into the genre, things like lanes and jungles and so forth, elements that are at once limiting to making new games in that genre and also help define that genre.

Nudge MOBAs a bit further in any given direction, and suddenly they don’t fit the genre header any more.  Which means that there’s very little to expand into, and that’s coupled with the fact that… 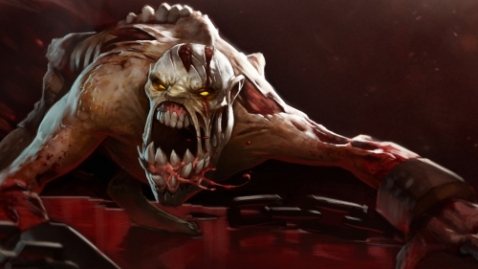 What do you get when you take a game that you can’t make a sequel to and make a sequel anyway while totally unmooring it from all of its core concepts?

Their numbers blot out the sun

There are a lot of MOBAs out there right now.  Like, truly, a dizzying amount.  I wasn’t kidding when I said that almost every company has brought one out, and the result is that the genre is overstuffed with a lot of games copying a very narrow base formula.  The appeal is obvious when you consider that you can turn out a MOBA in a short-ish span of time and they can make quite a bit of money… but it’s also a real problem when you further consider that any new MOBA game has to deal with all of the ones already out.

Genre fatigue is a real thing.  It’s hit platform games, RPGs, fighting games, MMOs, first-person shooters, all sorts of genres.  It’s what happens when you have too many games of the exact same type flooding the market, with such minor or irrelevant differences between them that you’re hard-pressed to come up with an explanation for how these things are appreciably different.  At best, it benefits the handful of best-known titles; at worst, it drags down every title with a general sense of buyer disinterest

Any new MOBA has that hill to climb up.  It has to convince people that it’s sufficiently different that it’s worth paying attention to, when coupled with the fact that it’s part of a genre that doesn’t have a great deal of lateral movement.  As such, you’d expect to see a lot of games that wind up cashing in on well-known IPs or port to different platforms, not necessarily ones that are particularly novel or fun to play or even meant to be either of the above.

Sound a bit bleak for the future?  It arguably is, because there’s one last piece of the puzzle that makes the genre a bit more resistant to experimentation… 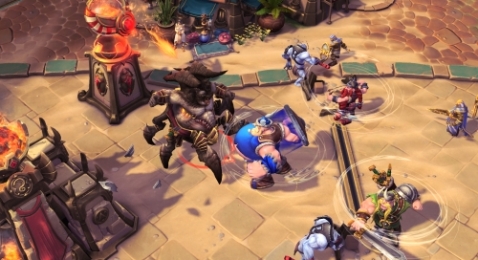 Sort of the extended answer to a question no one was asking.

Right now, competitive gaming is a big deal.  Being able to take first place in a tournament is important.  And part of what keeps people playing League of Legends now, I suspect, is the fact that right now this is a grassroots thing.  Companies are involved, but teams don’t yet have the rigorous structure you see in games like baseball.  You can still get somewhere by just being really good, and while it’s much less likely now it’s not out of the realm of possibility.

Of course, you only have enough time to get really good at one game.  So which game do you focus on – the one with the prize pools reaching into seven digits, or the one that’s still trying to get a major tournament going successfully?

Love of the game is all well and good, but love of the game for the people who are also playing competitively plays a large part in the continued sustainability of the universally free-to-play MOBA lineup.  You want people jumping in and practicing, and part of what keeps them jumping in is the idea that you could get really good and even go professional with it.

The problem, of course, is that there are not two dozen competing forms of baseball out there; there’s one.  Competing formats always have a hard time getting started, even with just minor rule variations.  Which makes any new MOBA an even harder prospect; you’re not just trying to launch a new game, you’re trying to launch a new variant of an existing game that already has fans and supporters and convince people that they ought to spend time and effort learning your game instead.