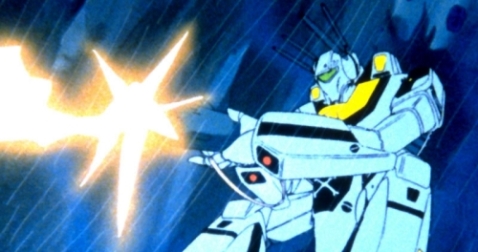 So maybe it’s mostly because I haven’t done a column on enormous robots in a while, what’s the difference?

Harmony Gold, at this point, is a spite house that happens to be incorporated.  And pretty much all of its spite is directed toward the license that it’s sitting on for the original Macross, which ties into its pet property of Robotech, which is used for nothing.  Because wow, that thing is a mess.

The short (and glossing/inaccurate) version is that back in the 80s, Harmony Gold had gotten its hands on some anime that it wanted to syndicate.  Unfortunately, syndication rules required 65 episodes to exist before a series could be distributed, and the three series in question (Macross, Genesis Climber MOSPEADA, and Super Dimension Cavalry Southern Cross) didn’t individually hit that mark.  So Carl Macek’s job was to sit down and stitch these three separate shows with different characters, premises, and setting into a single continuity.  The result was Robotech, which subsequently had more material produced, making it a distinct entity from any of its predecessors.

As fascinating as that whole nonsense is to talk about – and it really is, right down to lots of polarized reactions that never approach the subject of whether or not the new series is any good – that’s not what I’m here to discuss.  Because while Harmony Gold is busy not actually making more Robotech material, a video game seems like an easy way to extend the license.  Yet at the same time, making one is really hard to do.

Part of the niftiness of Robotech as a distinct concept is the fact that it isn’t a show in which the same characters do the same thing forever.  Yes, this was by necessity, but the net result is that Robotech is a story of distinct eras and technologies that don’t necessarily line up completely.  Heck, the middle of the series explicitly has the main characters winning an explicit Pyrrhic victory – the Masters are defeated, but it’s known to everyone still standing that Earth is now in the crosshairs of the Invid and will not be able to fight off the invasion.

“Do… do I get to show up in something again? It’s been ever so long.”

Unfortunately, in this case that means that a game needs to necessarily pick one of the three eras and run with it, because all three are very different creatures.  Not just in the sense that all three have different animation styles, but the very concepts being used are dramatically different.  The first part features elegant, artistic aerial combat, a sequence of dodges and maneuvers that look like nothing so much as aerial ballet with intermittent explosions.  Compare that to the combined-armed tactics with Cyclones, Alphas, and Betas from the later part of the show, or the plodding mechanization of the second portion.  They’re not just different looks, they’re completely different beasts.

Obviously, the solution to that is to create a different game for any given time period, which of course means “the first or the third” because absolutely no one has ever cared about Southern Cross.  But that brings with it another set of issues… 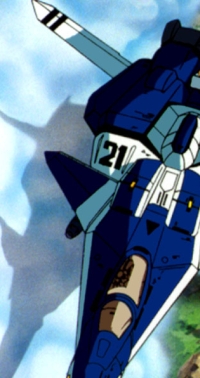 Admittedly, you can kind of see why some of these mech designs get left by the wayside.

Writing about Transformers at the start of this feature, I noted that it is really difficult to make a good game about transforming robots.  Robotech has an advantage insofar as most of the playable machines at least transform into the same thing if you ignore Southern Cross, which nearly everyone does.  The problem was still demonstrated quite adequately in Robotech: Battlecry, however; as much fun as that game was, there were a stunning number of missions that didn’t have the slightest use for all three modes.

For those of you who didn’t play the game, for starters, you missed out.  There were three main sorts of missions available, which essentially came down to space combat, traveling ground combat, and holdouts.  Space combat almost exclusively used plane mode, holdouts almost exclusively used battloid mode, and traveling combat basically involved swapping between guardian and battloid modes over and over, possibly stopping in jet mode momentarily to let off a quick salvo of missiles.

Any new game would almost certainly be set during the last generation of the story, which would involve two different plane mecha as well as the Cyclone motorcycle armor, and it would be a hard road to figure out a good use for all of these different sorts of hardware.  But they still all need to be there; one of the reasons the second console game (a Cyclone-based FPS) was so universally panned was because you were, essentially reduced to looking at a lot of the cool mechs you came to the party to see.  An open-world sort of hybrid sandbox-RPG seems like the ideal solution, but that comes with its own problems.

I suppose this could all be subtitled “Anime Distribution Was Weird In The ’80s.”

Whether you like the combined franchise or not, it’s hard to ignore the fact that Robotech extended beyond three mashed-together anime series, at least in theory.  The problem here is that what made the franchise unique has been buried underneath a series of false starts and mistakes for so long that it’s unlikely to ever get a full resurrection.

Case in point – the end of the television series was supposed to lead into Robotech II: The Sentinels, which would have taken the series into a really new direction and would have hopefully left the series’ roots as just that – roots.  Whether or not that direction would have been any good isn’t the point; it would have been something.  Except that the production stalled out, money was gone, and the whole thing was tabled over and over, to the point where most of the storyline is known only via notes about what would have happened rather than what actually did.

Unfortunately, this also means that the series itself is kind of stillborn.  There are some neat ideas at work within the franchise, the sort of things that could be spun out into proper fiction, but it would require resurrecting the project more or less from scratch.  A lot of the core ideas could be rebooted into a series that doesn’t retain more than cursory resemblance to the original three source series, but it would require more effort than Harmony Gold is willing to expend.  (Or can expend; it’s not clear whether the company is currently any larger than two grown men glaring at a picture of Shoji Kawamori.)

It could all make for some pretty neat gaming experiences, but we’ll never know.  It passed its moment of relevance and doesn’t have the energy to come back, it seems.  Back in 2002, it seemed like it just might, but the moment is gone.